Claude M. Steele is best known for his work on stereotype threat and its application to minority student academic performance. His earlier work dealt with research on the self (e.g., self-image, self- affirmation) as well as the role of self-regulation in addictive behaviors. In 2010, he authored Whistling Vivaldi and Other Clues to How Stereotypes Affect Us, a book that summarized years of research on stereotype threat and the underperformance of minority students in higher education. A hallmark of his work is that it rigorously applies social science research to problems of major societal significance.

Throughout his career, Professor Steele has served in a number of major academic leadership positions, including Executive Vice Chancellor and Provost at UC Berkeley, the I. James Quillen Dean for the School of Education at Stanford University, and the 21st Provost of Columbia University. Past roles also include serving as the President of the Society for Personality and Social Psychology, President of the Western Psychological Association, member of the American Psychological Society Board of Directors, trustee of the Russell Sage Foundation, and trustee of the John D. and Catherine T. MacArthur Foundation. 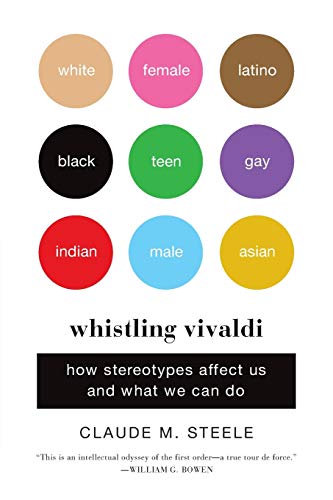